As the mainstream media stakes what remains of its public trust and credibility on mocking “typos” in famed attorney Sidney Powell’s blockbuster lawsuits, which allege that Donald Trump was defrauded in the 2020 election, evidence of foreign interference and Dominion vote-counting machine hijinks go unremarked upon.

One affidavit in the case is from a CIA-NSA-alphabet agency cybersecurity contractor guru who, just a few months ago, was praised in the New York Times and the Washington Monthly as a “hero,” for helping expose a multi-million dollar national security scam.

In “The Spy Was a Grifter” in its September 17th issue, The Washington Monthly wrote of Dr. Navid Keshavarz-Nia:

“Navid Keshavarz-Nia was another hero. He had done cybersecurity and technical counterintelligence work for the C.I.A., N.S.A., and F.B.I.”

At around the same time, the New York Times wrote of Keshavarz-Nia’s role in exposing the scandal:

“Navid Keshavarz-Nia, those who worked with him said, “was always the smartest person in the room.” In doing cybersecurity and technical counterintelligence work for the C.I.A., N.S.A. and F.B.I., he had spent decades connecting top-secret dots.”

Keshavarz-Nia, now one of Sidney Powell’s witnesses in the Georgia “Kraken” lawsuit, says in an affidavit under penalty of perjury that:

“I conclude with high confidence that the election 2020 data were altered in all battleground states resulting in hundreds of thousands of votes that were cast for President Trump to be transferred to Vice President Biden.”

“Kraken” is the name given to Sidney Powell’s long awaited lawsuits promising to expose mammoth election fraud on behalf of Joe Biden.   In mythology the Kraken is a legendary sea monster which can swallow ships.

Keshavarz-Nia holds a Ph.D. degree in Management of Engineering and Technology from CalSouthern University, and other advanced degrees from George Mason and George Washington Universities.

Another extraordinary assertion from the Georgia court filing is that of a former electronic intelligence analyst under US Army’s 305th Military Intelligence Battalion, that:

“the Dominion software was accessed by agents acting on behalf of China and Iran in order to monitor and manipulate elections, including the most recent US general election in 2020”  (Page 9 complaint)

The 305th battalion is a decorated unit which lost men in intelligence operations over the Ho Chi Minh Trail during the Vietnam War.

It is beyond argument that were similar assertions to be made by such high level witnesses against the Trump campaign, the entire Democratic caucus would suspend all other proceedings and business to demand on every  broadcast media available that Trump be immediately arrested.  Yet instead, the GOP caucus remains silent and allows, without objection, Joe Biden to continue to be referred to as “president-elect.”

The Georgia lawsuit begins by laying out the standard that the judges must apply for the lawsuit to be successful, that, by a “preponderance of evidence,” according to Mead v. Sheffield, the plaintiffs must only “show that there were enough irregular ballots to place in doubt the result.”

Dr. Keshavarz-Nia says in the affidavit:

“I have performed forensic analysis of electronic voting systems, including the DVS Democracy Suite, ES&S (acquired by DVS), Scytl/SOE Software, and the Smartmatic systems used in hundreds of precincts in key battleground states. I have previously discovered major exploitable vulnerabilities in DVS and ES&S that permit a nefarious operator to perform sensitive functions via its built-in covert backdoor. The backdoor enables an operator to access to perform system updates and testing via the Internet without detection. However, it can also be used to conduct illicit activities such as shifting votes, deleting votes, or adding votes in real-time.”

“In 2019, a computer laptop and several USB memory cards containing the cryptographic key to access DVS systems were stolen in Philadelphia…I believe that USB memory cards were used to facilitate administrative access to the backdoor to disrupt polling operations and impact ballot counting across MI, GA, PA, AZ and WI….I conclude that a combination of lost cryptographic key contained on stolen USB memory cards, serious exploitable system and software vulnerabilities and operating system backdoor in DVS, Scytl, SOE Software/eClarity and Smartmatic created the perfect environment to commit widespread fraud in all states where these systems are installed…These failures are widespread and systemic – and sufficient to invalidate the vote counts.”

Other items completely missing from major media news coverage, such as it is, of Powell’s Georgia lawsuit are:

Georgia election officials are now attempting to wipe the Dominion vote-counting machines sought by the Kraken team for forensic analysis.

Here is Bill Gates’ Injectable Biochip, for Those Who Think it is Conspiracy Theory 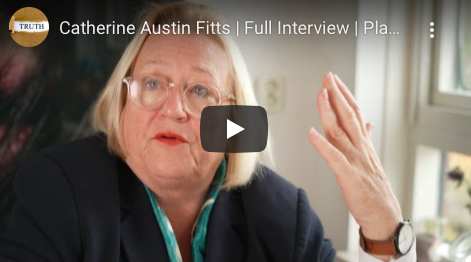 America Must Use All Hand-Counted Ballots Now, Like the Rest of the World Does 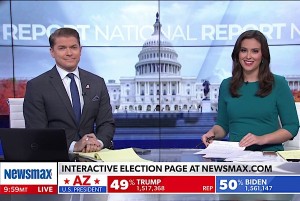